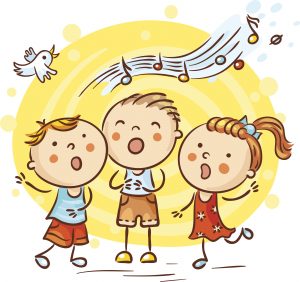 Once again, law firms are poised to boost billing rates. Once again, clients are going to whine about it. Like they always do.

Never mind that lawyer rates lag behind inflation. Clients are going to complain publicly that the “rates are too damned high” before settling down and hiring an elite Biglaw firm anyway because, as the saying goes, “no one gets fired for hiring Cravath.”

In defense of in-house counsel, their bosses are squeezing legal budgets right and left. But top legal counsel doesn’t come cheap. On the other hand, bad legal counsel is potentially much, much more expensive.

Which is summed up better by this little number from Zach Abramowitz, an investor in legal tech and disruption with Killer Whale Strategies (and a past contributor to Above the Law — these days, Abramowitz writes the Legally Disrupted newsletter).

Take it away, King Biglaw III…

While King George loses in Hamilton (sorry… spoilers), Biglaw’s probably going to win this one.

Abramowitz explained the backstory to the video:

Over a year and a half ago, I was messaging with legal pricing guru Jae Um and somehow we got to talking about recasting King George from Hamilton as an over-the-top bravado-filled but client-spurned attorney. And then Jae dropped the first line “You say, the price of my hour’s not a price that you’re willing to pay. You cry, in your eBilling system as you see my bills come by.” I. Was. [Mind blown emojis]. Opportunist that I am (Jae’s words, not mine), I immediately pounced and told her we should write this and turn it into a song. As I told her at the time, “There’s not nearly enough showtime and jazz in #legaltech, and I intend to change that.”

Abramowitz credits Rivka Fertig and Shir Eldad for helping him create the video. According to the newsletter, Abramowitz will be producing more audio/visual stuff for the Higher Bar Webinar Series, sponsored by Axiom (scheduled every other Wednesday at 1 p.m. Eastern/10 a.m. Pacific) and he encourages people to “hit, nay SMASH, the subscribe button on my new YouTube channel.”

Anyway… pay your bills, everyone.