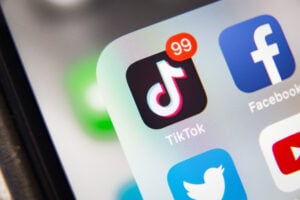 For decades, U.S. policymakers have utterly refused to support any meaningful privacy protections for consumers. They opposed any new Internet privacy laws, however straightforward. They opposed privacy rules for broadband ISPs. They also fought tooth and nail to ensure the nation’s top privacy enforcement agency, the FTC, lacked the authority, staff, funds, or resources to actually do its job.

This greed-centric apathy created a wild west data monetization industry across telecom, app makers, hardware vendors, and data brokers that sees little real accountability, in turn resulting in just an endless parade of scams, hacks, breaches, and other privacy and security violations. You can’t go a week without a major company falling flat on its face on this front.

The same policymakers that created this environment are now freaking out because one app and one app only, TikTok, has taken full advantage of the lax privacy and security environment these policymakers directly created.

Hyperventilating about TikTok has become one of the GOP’s policies du jour, gifting a rotating crop of performative GOP politicians (like the FCC’s Brendan Carr) repeated TV appearances. Last month, Texas Governor Greg Abbott sent out a missive to state leaders urging state organizations to ban the app, claiming the dastardly Chinese might use it to spy on or turn your kids into communists.

The University Of Texas At Austin has quickly fallen into compliance with Abbott’s performative request, announcing that students will no longer be able to access the TikTok domain while using the college network:

So for one, students will simply have to turn off Wi-Fi and use cellular to access TikTok. There are probably also going to be other technical workarounds to get around the ban, depending on how sloppily it’s implemented. There’s also little evidence to suggest TikTok poses an exceptional threat to UT Austin’s network beyond that of numerous, allowed international apps and services, making this all kind of dumb and annoying.

Again, TikTok’s potential privacy risks are only one symptom of a much bigger problem: our failure to implement any meaningful privacy standards or oversight of the multiple, international, data-hoovering industries that over-collect sensitive user data then monetize the hell out of it. And we don’t do anything about this because for decades our top priority has been to make money. At any cost.

So yes, you’ve banned TikTok at the workplace or campus, congratulations. The problem: your students’ and employees’ phones are still filled with numerous apps, many of them (gasp) of dubious international origin, that are hoovering up and monetizing vast troves of sensitive financial, browsing, location, and other datasets, then doing a comically terrible job securing that data or making it truly anonymous.

That data is traveling over the networks of telecom operators who’ve been repeatedly shown to have little serious interest in protecting user security, a problem that’s particularly pronounced for women post-Roe.

So again, at the risk of being redundant, fixating exclusively on TikTok is stupid and myopic. Banning TikTok, but doing absolutely nothing to address the underlying problem that created TikTok’s potential abuse of user data, is a dumb performance. And it’s generally been a dumb performance by policymakers (like Abbott) with a long track record of not actually caring about consumer privacy and security.

The modern GOP (and a sizeable chunk of the DNC) doesn’t want privacy laws, even competently crafted ones. They don’t want oversight of companies that traffic in sensitive user data. They don’t want accountability for executives whose companies routinely fail to secure that data. And they don’t want competent, fully staffed and funded privacy regulators with the authority to do anything about any of this.

What do they want? Money and power, silly. They want to agitate a xenophobic base and pretend they’re doing something meaningful about China. But more likely, they want to force Bytedance to ultimately offload TikTok to GOP-friendly U.S. business friends (say Oracle, Walmart or Facebook). And they want to do it while the press un-skeptically portrays them as serious privacy reformers.