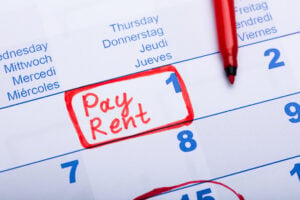 It’s no secret that Elon Musk is desperately trying to cut costs at Twitter, the company he overpaid for and saddled with approximately an extra billion dollars a year in interest payments by leveraging the buyout. He’s cut staff somewhere around 75% and we still keep hearing rumors of further cuts. He’s turning off data centers as well. Though, as part of all this, he’s also driven away a huge percentage of Twitter’s revenue, as well as any sort of momentum towards growth.

A month ago, the NY Times noted that one of Musk’s cost savings techniques appeared to be to just stop paying Twitter’s bills.

To cut costs, Twitter has not paid rent for its San Francisco headquarters or any of its global offices for weeks, three people close to the company said. Twitter has also refused to pay a $197,725 bill for private charter flights made the week of Mr. Musk’s takeover, according to a copy of a lawsuit filed in New Hampshire District Court and obtained by The New York Times.

There are also a bunch of other stories about not paying law firms and a variety of other vendors as well. Last week there were more details on the “data center closure” order from Musk which, as we had heard rumored, was done haphazardly with little advance planning or care.

Early on Christmas Eve, members of the billionaire’s staff flew to Sacramento — the site of one of Twitter’s three main computing storage facilities — to disconnect servers that had kept the social network running smoothly. Some employees were worried that losing those servers could cause problems, but saving money was the priority, according to two people who were familiar with the move but not authorized to talk about it.

Of course, for most people, not paying your bills is not seen as a “cost cutting” move, it’s called ruining your credit and risking all sorts of downstream problems. I guess when you’re filthy stinking rich (even if you’ve lost more money than anyone ever in history), it’s called “renegotiating.”

But I do wonder if this kind of “cost cutting” may come with a lot more additional costs than someone like Musk has realized. We’ve already talked about the very real threats from the FTC and the EU cracking down on Twitter for violating various laws and agreements. Those can come with massive fines.

But also, all this “cost cutting by not paying the bills” seems to be turning into lawsuits. Twitter is closing down its offices in Seattle entirely, as it’s facing eviction for not paying rent. The few remaining employees were apparently told to work from home, which is at least mildly amusing coming less than two months after Musk gave everyone an ultimatum to return to the office immediately.

But now there’s at least one landlord who is suing. Columbia REIT, which manages 650 California in San Francisco, is suing the company for unpaid rent. This is not Twitter’s headquarters (where it’s also been reported the company is not paying rent) at 1355 Market Street. Rather this was some office space that Twitter took over when it purchased mobile advertising tech firm CrossInstall in 2020. That deal came with the lease on CrossInstall’s offices at 650 California St. Rather than actually use the space, Twitter apparently has been subletting it out to Dentsu, but Twitter is still responsible for the rent.

From the documents, it appears that Dentsu pays Twitter slightly less than what Twitter has to pay the REIT for the space. So, based on this, it is possible that not only is Twitter not paying the rent, which may screw over Dentsu, but it may be taking the money from Dentsu in the meantime.

Still, I imagine these types of lawsuits are going to start to add up, and the legal bills associated with them may start to be even more costly than, you know, paying for the basic things Twitter promised to pay for. Musk may think he can get away with that by also not paying the lawyers, but there are few professions I know of that get more pissed off about being stiffed on bills than lawyers.

He’s Elon Musk, so maybe he’ll get out of all of this as well, but it still strikes me that there was always a less costly way to do this: don’t immediately fire everyone, spend some time figuring out where you can cut costs, put in place some real effort to retain existing revenue, and then work on ways to renegotiate other contracts while still paying your bills.

Otherwise, this “just not paying any bills” and having to sort it out in court almost feels like a non-bankruptcy bankruptcy, but without any of the protections and orderly process of an actual bankruptcy. It seems like a ridiculously costly way to “cut costs.”