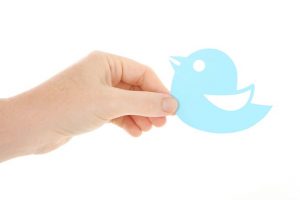 The good folks over at Platformer broke the news that Twitter is experimenting with Elon’s desperate attempt to make money: forcing people to “opt-in” to share personal info so they can better target ads. And, yes, there’s a contradiction between “force” and “opt-in.”

As everyone already knows, Elon is desperate for revenue, seeing as he took on $13 billion in debt (incredibly, as a margin loan!) and has massive interest payments to make. Yet his own actions have caused many advertisers to abandon the platform, likely driving him further into a hole. And, so far, his only big product idea has been the disastrous rollout of the new Twitter Blue program, for which he’s charging $8/month ($11 if you buy via iOS to cover Apple’s vig), whose main selling point is that you get a blue checkmark… causing people to mock you for “paying for Twitter.”

One of the other big selling points is “half the ads.” Which… first of all, it’s not at all clear how they would measure this. Many people are asking for no ads at all, and Musk has said that maybe in the future they’ll offer a higher tier with no ads. But it’s tricky. Because, at least in the US, the company was making in the range of $10 – $14/month per user on advertising. So, if you get them to pay $8 (minus transaction fees) and you take out half the ads, then you might actually be decreasing rather than increasing actual revenue.

That takes us to the new report from Platformer, which makes it clear that Elon’s Twitter is trying to figure out how to increase the amount of money they make per ad, and wants to do that with better targeting of those ads. Of course, right now, that’s… trickier than it might have been at any time in the past. Between EU data protection laws, California’s privacy laws, and other crackdowns on tracking (such as Apple completely kneecapping Meta’s access to private info for ad tracking) it seems that traditionally targeted ads are on the way out.

It appears that Musk’s solution to this is to force people to cough up their private info.

Once users have agreed, they won’t ever be able to opt out, sources said.

So… that seems like the kind of thing that EU and California privacy law enforcers are not going to like. It also seems like the kind of thing that users aren’t going to like and may drive even more away from the service. Remember how AT&T once tried to charge users for privacy? That doesn’t fly any more. If you don’t have a clear need for this info, you don’t get to force users to hand over the data. And I don’t think “helping the world’s second richest man have less regret for his stupidly impulsive purchase” qualifies as a need.

And there’s more. According to Platformer, Twitter is also planning on using phone numbers that people provided for two factor authentication for marketing purposes.

The company is also considering forcing users to share their location, let Twitter share their data with its business partners, and use contact data phone numbers used in two-factor authentication for ad targeting purposes.

Except, um, as we’ve been saying, it was just back in May of this year that Twitter was fined $150 million by the FTC for… doing exactly this. And using 2FA phone numbers for marketing was a big part of the FTC’s $5 billion fine against Meta. We already wondered if Twitter folks remembered the consent decree that it had with the FTC, but it’s worth noting that the company signed that new consent decree in May specifically around this kind of thing, and I don’t think the FTC will look too kindly on Twitter turning around and doing the same thing after forcing people to “opt-in.”

According to the new consent decree, Twitter has to provide multi-factor authentication tools that do not require providing a phone number. It sounds like Musk’s plans go against that. There is also a big long list of requirements for launching any new program like this to avoid the data being misused, and I don’t see how Twitter is going to make that work, when the whole point of this seems to be to abuse this data.

And none of that is even getting to how this almost certainly violates California’s new privacy laws, which put limits on the purpose for which an internet company collects private information from users.

Perhaps Musk thinks Twitter can just ignore all the laws and somehow push through, but that seems like a pretty big task. And while I’m sure plenty of users won’t realize that the company is demanding they hand over their private info and just click “okay” and move forward, it seems that at least a decent segment of the more informed populace will opt-out the only way they can: by no longer using Twitter.

County Benchslapped For Illegally Detaining All Foreign-Born People For Pickup By ICE, Even If They’re American Citizens
Big News: Apple Will Allow Outside App Stores In Response To EU Law
Rubio’s Bill To Ban TikTok Is A Dumb Performance That Ignores The Real Problem