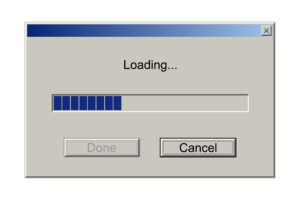 The week between Christmas and New Years is notoriously slow — it’s only the most wild news… or urgent client deadlines, that break through the cocoon of bowl games, sugar cookies, and cozy pajamas. But this story is unlike anything I’ve seen in years of covering Biglaw, and is worth your brain space, even during this week.

On Tuesday, top 50 Biglaw firm Proskauer filed a lawsuit — pro se — in the Southern District of New York against Jonathan O’Brien, who held the position of Chief Operating Officer from 2017 until he was fired earlier this month, as reported by Law.com. The complaint alleges O’Brien stole 34 gigabytes of internal data before announcing he was leaving the firm for a competitor. It’s alleged O’Brien made the downloads on two occasions, Dec. 5 and 16. The complaint characterizes the downloads as so “brazen and malicious that it rises to a criminal law violation.”

The firm’s forensic analysis indicates the sensitive data was downloaded to an external hard drive. As the complaint says, “Mr. O’Brien knew this information would be highly useful to Proskauer’s competitors, as it would enable them to effectively target and recruit Proskauer’s partners, practice groups and clients.”

And the complaint puts together the argument that O’Brien was pulling this data together to benefit his future employer.

In sworn statements filed in the case this week, Proskauer leaders said they discovered O’Brien’s alleged misconduct shortly after he informed them on Dec. 20 of his plans to depart on Jan. 6. Leaders said this revelation triggered a routine, 30-day report by the firm’s information security team to check for suspicious computer activity, revealing O’Brien had copied 115 files to a USB drive.

When questioned by the firm’s chair and managing partner, O’Brien reportedly refused to divulge the identity of his new employer, the complaint states. But on Dec. 21, O’Brien told chief professional resources officer Christopher Gardephe that firm leaders would be “mad” when they learned where he would be working next, according to a signed declaration by Gardephe.

Based on this, the complaint alleges,“It is a fair inference that Mr. O’Brien will join a competing law firm, or work as a consultant to law firms that compete with Proskauer.” “The huge, vital trove of proprietary information that Mr. O’Brien misappropriated would be highly useful to Proskauer’s competitors, which would make Mr. O’Brien more valuable—whether as an employee or a consultant.”

The data downloaded alleged includes client data, firm financials, strategic planning documents, compensation models, and proprietary software. And the partner compensation models are particularly proprietary, as the complaint notes, “The methods by which partners are compensated and the processes for doing so are highly confidential and would be of great value to a competitor.” It continues, “They also are deeply personal and the threat to disclose such information could be used to pressure, intimidate, and extort partners and the firm.”

The complaint also alleges O’Brien attempted to delete approximately 66 gigabytes of emails plus another 2,000 emails that were subject to a litigation hold. The attempted circumvention of the litigation hold allegedly occurred on December 5th, after O’Brien’s first download of internal documents.

The complaint seeks an ex parte temporary restraining order to preventing O’Brien from disseminating the internal documents he downloaded, an injunction requiring the return of the internal documents, and a temporary restraining order barring O’Brien from working with anyone who may be privy to the material he allegedly copied from the firm’s systems.