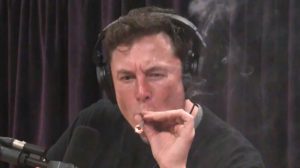 Does this look like a man with a plan?

Elon Musk is new to the idea of being an object of public ridicule. This isn’t a recent development, he came out as openly cringe since at least the SNL charade, but it would appear that he managed to avoid awareness of public perception. That’s what happens when you fire anyone who disagrees with you. But King Twit’s blinders can only hide so much reality — the onslaught on booing that he couldn’t gaslight away with now-deleted tweets are evidence of that. The next humbling truth? Imagine being the (second) richest man in the world and scrambling over assembling a team of pawns to zealously represent your ass.

Elon Musk has enlisted more than six lawyers from his rocket company SpaceX to help fill the gaps in Twitter’s workforce, The New York Times reported on Tuesday.

Twitter’s legal department is depleted after the various layoffs and resignations that happened in recent months, according to The Times.

After Musk acquired the platform in late October, thousands of Twitter employees were laid off, fired, or resigned from their jobs. This has left entire departments at Twitter without many — or any — staff remaining.

Oof. Lawyers have a reputation for defending some of the worst entities with pride. Sometimes they even give flack for daring to be thought lesser of for defending gun companies involved with school shootings. I say this to say you know things are horrible when even the lawyers begin jumping ship. It isn’t a good look for the CEO of major companies to get caught playing hot potato with his legal staff because no one wants to represent him. Or maybe the fault isn’t his, but ours? Maybe it really is the case that there just aren’t enough hardcore lawyers skilled enough to defend the guy posting class war Noah’s Ark space fantasies on his main account.

hey Elon why are those people being held at gunpoint

This, of course, isn’t Elon’s only legal retention issue. From Engadget:

Musk has reshaped Twitter’s legal team in anticipation of the legal battles the company is likely to face in the near future. He recently dismissed Alex Spiro. The criminal defense lawyer was one of Musk’s close personal allies. In 2019, he successfully defended the billionaire in his infamous “pedo guy” defamation case. Musk had charged Spiro with leading the company’s legal and policy teams but reportedly became displeased with his personal lawyer after finding out he had kept James Baker on as Twitter’s deputy general counsel. Musk fired Baker after finding out the former FBI attorney had been responsible for reviewing the company’s decision to restrict posts related to a 2020 article The New York Post published about Hunter Biden’s laptop.

This is one of those high profile red flags that should be really hard to not notice if your job includes paying attention to the well being of the recent $44B app you just bought.

Dude really should spend less time talking about saving humanity by going to Mars and focus on saving staff:

Other notable points from this article: he’s fired the global head of infrastructure and the VP of infosec, as well as firing Alex Spiro for not firing Baker (who is now also fired). Also he’s trying to get out of paying severance for everyone he fired. https://t.co/qS8FU65oX9

Based on what I’ve seen, Elon is probably marketing the downsizing as a win. What with his clear delegating issues, he’s probably running on the idea that he can do the lawyering himself:

What ever comes of this debacle, I wish Godspeed to the legal team Elon assembles. You definitely have your work cut out for you. And I’m going to enjoy writing about it. I’m really going to enjoy going heavy handed on the “I Told You So” when this tweet gets used as evidence in some major product liability fender bender lawsuit because some dweeb thought it was a good idea to focus on their kill count instead of watching the road as they drive.