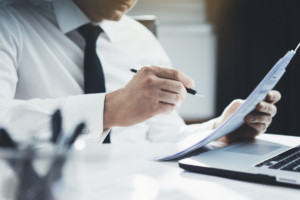 Any way you slice it, antitrust is a booming practice area.  A year ago, Bloomberg Law projected that antitrust would be a top practice set to power Biglaw growth in 2022 and beyond.  The wisdom of that prediction was reinforced by what turned out to be an immensely competitive lateral market for antitrust partners, with a string of high-profile lawyers changing firms.  The 2022 lateral market was so strong that even partners without portable books of business were a hot commodity.  In 2023, the FTC has already proposed a broad ban on non-compete agreements, and the FTC and DOJ appear ready to issue revised merger guidelines based on last year’s “joint public inquiry aimed at strengthening enforcement against illegal mergers.”

As law firms confront an influx of major antitrust matters, some of which will arise on short notice, flexible staffing is playing an important role in serving clients efficiently and effectively.  Given this need, Bridgeline Solutions, a Lateral Link company, recently established a dedicated Antitrust Practice Group co-chaired by Bridgeline’s CEO, Craig Brown, and one of its senior executives, the Group’s Managing Director, David Copeland.  Craig is a former government attorney who practiced as an antitrust attorney with Kaye Scholer, the same firm at which David was a Chambers-ranked antitrust counselor for 25 years, including 15 years as a partner.

Although Bridgeline Solutions’ services have included antitrust since the company’s inception, the booming activity in this vital area drove the decision to establish a standalone Antitrust Practice Group.  The Group will advise on best practices in all areas of antitrust and will staff and manage Second Requests. Additionally, the Group will continue to provide premier Biglaw-trained antitrust attorneys to assist on mergers as well as non-merger substantive antitrust matters.

The Antitrust Practice Group will also continue to assist in educating the public and practitioners in antitrust law and its evolution.  For example, Craig and David were instrumental in procuring Jonathan Kanter, Assistant Attorney General of the Antitrust Division of the Department of Justice, as the keynote speaker for the 2022 Milton Handler Lecture at the NYC Bar Association.  In delivering this Lecture, AAG Jonathan Kanter sharply criticized the “consumer welfare standard” that has been the hallmark of civil antitrust enforcement since the 1980s.  Instead, Mr. Kanter signaled that the Antitrust Division would prioritize “protecting competition” under his leadership.  “Companies that test our resolve…do so at their own risk and will continue to confront aggressive antitrust enforcement. As one of my predecessors explained, some deals should never leave the boardroom.”

After much anticipation, that tough talk is now translating into action.  In October, the DOJ successfully blocked Penguin Random House from acquiring Simon & Schuster.  In December, the Federal Trade Commission sued to block Microsoft’s $69 billion acquisition of video game publisher Activision, an ambitious effort that illustrates Chair Lina Khan’s willingness to bring cases that may be difficult to win.