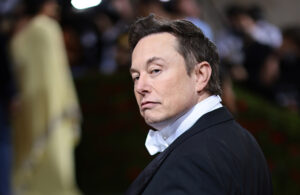 (Photo by Dimitrios Kambouris/Getty Images for The Met Museum/Vogue)

Many of you are already at least passingly familiar with simulation theory. For those of you who are not, the gist of it is this: perhaps rather than living in the real world, we are instead all participants in an advanced digital simulation run by some future version of our society. We create digital simulations of earlier societies right now — think video games.

Each year, our digital simulations get better and better. They more closely resemble reality as we know it. Since there’s no reason to assume that the trend of digital simulations getting more realistic over time won’t continue, and since there’s no reason to assume that we wouldn’t continue to make more and more simulations of reality, there should be a nearly infinite number of very advanced simulations of reality, but only one base reality, making our odds of living in the base reality as opposed to living in one simulation or another very, very low.

Simulation theory is an interesting thing to talk about while consuming various types of intoxicating substances. But I really don’t think we’re living in a simulation.

These aren’t my original thoughts, so I’m not taking any credit here, but just ask yourself: does it feel like you’re living in a simulation? It sure doesn’t feel like it to me, as I go about subjectively seeing, touching, tasting, and feeling things — even thinking things that take place nowhere other than inside my own head.

It would also strike me as odd for a society so advanced that it can create a virtual reality indistinguishable from the real world to bother with actually doing so. It is fun to play more and more realistic video games, or perhaps useful from an academic perspective to run certain ancestor simulations, but only up to a certain point. If a new “Call of Duty” came out where the nonplayer characters could look through a microscope in the game and see virtual bacteria, or build a virtual James Webb Space Telescope, virtually launch it, and then use it to see (virtually) a tiny speck of light 13 billion light years away, I really don’t think that would add anything. The level of detail would be superfluous. Wouldn’t our progeny have warp drives to work on or something?

Plus, there’s the problem that there would not be enough computing power in the real world to simulate itself in its entirety.

So, I’m fairly confident that most of us are not living in a simulation. I do think Elon Musk has entered his own simulated reality though.

Extremely rich people are often susceptible to the same affliction. We do not live in a pure meritocracy. Some unmeritorious people still get lucky, some very meritorious people get unlucky, and almost everyone is very, very good at certain things while simultaneously being terrible at others. For the extremely wealthy, though, it’s easy to build walls around themselves inside of which they know more about everything than everyone else.

The things Musk has done with Tesla and SpaceX are amazing. I generally like Musk. He’s obviously brilliant. But he tends not to take criticism well. And in base reality, almost none of us get to just fire everyone who disagrees with us. Here in reality, most of us agree that Twitter is not imperative to the future of society but is instead more like a digital opium den for outrage addicts. Most reality occupants don’t get to show up on stage with Dave Chappelle and then be shocked when the result is merciless boos — not after weeks of making very unpopular, very public decisions.

Flirting with QAnon conspiracy theories and stating that Anthony Fauci should be prosecuted might get you around a million “likes” on Twitter. But we live in a country of 330 million people, 77% of whom never use Twitter. Twitter is not the real world. It is a mistake to step out into the real world and expect the real world to match any digital version of it. For what it’s worth, Musk has repeatedly endorsed the simulation theory, and believing strongly in the proliferation of simulated realities probably doesn’t help your odds of getting drawn into one.

Being the world’s richest man has never exactly been a sympathetic position. Still, Musk was crushed with the reaction to his appearance at that Chappelle show. You can’t help but feel for the guy if you watch it. Yes, it’s his own fault for surrounding himself with sycophants and yes-men. Nonetheless, it’s hard to get out of the reality you’re in, even when it’s self-constructed.

The things Musk has been expressing lately are broadly unpopular. It’s not difficult to discover (at least anywhere other than on Twitter) how broadly unpopular they are. People are going to express their dissatisfaction about such things in the real world. I really hope Musk can turn it around before he goes full Kanye.

Despite everything, I still think deep down that Elon Musk is that same dorky guy who just wanted to build rockets and fast cars. My guess is he’s struggling to figure out the right thing to do like the rest of us.

Jonathan Wolf is a civil litigator and author of Your Debt-Free JD (affiliate link). He has taught legal writing, written for a wide variety of publications, and made it both his business and his pleasure to be financially and scientifically literate. Any views he expresses are probably pure gold, but are nonetheless solely his own and should not be attributed to any organization with which he is affiliated. He wouldn’t want to share the credit anyway. He can be reached at [email protected].