ChatGPT: What It Is And Why It Matters To Lawyers 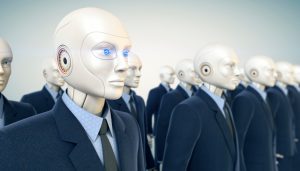 If you haven’t yet heard about ChatGPT, a natural language processing artificial intelligence tool that was released at the end of November 2022, now’s the time to learn about it. All signs indicate that this cutting-edge technology and other tools like it will have a significant impact on the practice of law.

ChatGPT has the potential to disrupt the way that work gets done across industries, with an impact on print and online publishing, internet search, education, the creation of business and legal documents, and much more.

At its most basic, ChatGPT is a chatbot. But it’s also much more than that and represents the next phase of information gathering and distribution.

On the ChatGPT website, it is described as “a large language model developed by OpenAI that can be used for natural language processing tasks such as text generation and language translation [….] One of the key features of ChatGPT is its ability to generate human-like text responses to prompts. This makes it useful for a wide range of applications, such as creating chatbots for customer service, generating responses to questions in online forums, or even creating personalized content for social media posts.”

Right now, it is available for free. However, there has been such a demand for it that the servers are often overloaded, and it can be difficult to access. However, in the very near future, ChatGPTPro may be available for a fee, making a more stable version of it readily accessible.

Why Does ChatGPT Matter?

ChatGPT matters because it represents the next stage of what’s possible using AI technologies. This chatbot is so sophisticated and fast that it can produce complex, useful responses to a vast variety of inquiries.

Notably, its output isn’t always accurate, as I discuss more fully below. However, it is accurate enough that Google has identified it as “code red” with the potential to upend Google search, and a team was assembled to address the threat. Similarly, Microsoft is in talks to invest $10 billion into ChatGPT and is already planning to leverage its technology to roll out the service into its own platforms.

But Will It Really Impact Lawyers?

Yes. The current version already provides significant value to lawyers, and that value will only increase exponentially when improved versions are released. As legal technology companies begin to incorporate ChatGPT into their platforms, much like Microsoft plans to do, it will offer immeasurable benefits and time-saving potential for legal professionals.

How Will Lawyers Use It?

I tested ChatGPT in a variety of contexts and was incredibly impressed.

Initially, I submitted a query asking it to draft a blog post about the impact of the metaverse on the practice of law, which was my focus in my last Above the Law column. I submitted the request three different times, and the response varied each time. I shared the results on LinkedIn. All things considered, the chatbot did a bang-up job and even included a few points I hadn’t considered.

I also asked it to draft documents often used in law offices, and the results were provided in mere seconds. In this LinkedIn post I shared the draft documents created by the chatbot, which included:

As you’ll see in the post, the results were a great start. Certainly, the document provided was, at most, a very rough draft that would require many edits. But for a new solo practitioner, this tool offers lots of potential.

But Are The Results Reliable?

There’s no doubt that it provided a decent working draft. However, there were a few problems, not the least of which is that it provided a purported “quote” on my behalf, but it was one that the chatbot simply pulled out of thin air. Another notable issue was it spelled “judgment” with an “e” in the middle (i.e., “judgement”), which is not the norm in the legal profession.

This draft LinkedIn post is a great example of why ChatGPT is not yet an adequate substitute for lawyers — or social media consultants. It gets some things right, but it also completely fails in other respects.

For now, it’s a great start, but that’s all it is. No matter what you’re using ChatGPT for, whether for personal or professional reasons,  you’ll need to have a full understanding of the topic at hand and thoroughly review, edit, and supplement the draft language it provides you.

ChatGPT and tools like it are the future, and this technology is improving incredibly quickly. But for now, they’re not ready for prime time — at least, not quite yet.

Nicole Black is a Rochester, New York attorney and Director of Business and Community Relations at MyCase, web-based law practice management software. She’s been blogging since 2005, has written a weekly column for the Daily Record since 2007, is the author of Cloud Computing for Lawyers, co-authors Social Media for Lawyers: the Next Frontier, and co-authors Criminal Law in New York. She’s easily distracted by the potential of bright and shiny tech gadgets, along with good food and wine. You can follow her on Twitter at @nikiblack and she can be reached at [email protected].