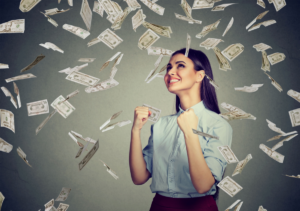 It has been more than a month since associate bonus season kicked off with Baker McKenzie’s first-mover announcement of its bonus scale on November 21. Since then, numerous Am Law 50 firms have announced their bonus plans, converging around a scale that starts at $15K (pro-rated) for the Class of 2022 and rises to $115K for the Class of 2015.

Although the content of the announcements has been subtly different from one firm to the next, most announcements have essentially matched the market rate, as is typical. The most notable differences have been in how quickly firms have made their announcements. As usual, several Am Law 50 firms were quick to match once the market scale was established. But weeks later, no announcement has been made by the majority of Am Law 100 firms.

Some might argue that any delay ultimately won’t be that important: it’s likely that many of the radio-silent Am Law 100 firms will eventually match. But in a time of economic uncertainty, we believe that promptly announcing a (matching) bonus scale has greater value than it would in most years. Given all the talk about recession, you’d rather see your firm’s commitment in writing than to just trust that the money will arrive in due course.

For example, if you’re a Gibson Dunn associate, should you be concerned at the firm’s slow pace in committing to the market scale? The chances you’ll receive your money obviously get slimmer the longer the firm delays payment. Chatter about impending recession could just serve as an excuse not to pay associate bonuses despite healthy firm profits.

And even for associates who ultimately suffer no adverse financial impact, this matters from a motivational perspective. It certainly feels better to be at a firm that’s quick to display appreciation for your efforts, as compared to working for a partnership that drags its feet.

So with New Year’s Eve festivities almost upon us, let’s talk a moment to celebrate the firms that stepped up and matched quickly. Here is the list of Am Law 100 firms that issued announcements in the week of November 28, roughly one week after Baker McKenzie’s first-mover announcement:

Note: firms are sequenced by date of communication, with earlier-announcing firms towards the top of the list. The source of this data is the helpful AboveTheLaw tracker.

Congratulations to associates at the early mover firms! Here’s hoping that your firm’s swift announcement made for a more relaxing holiday season.