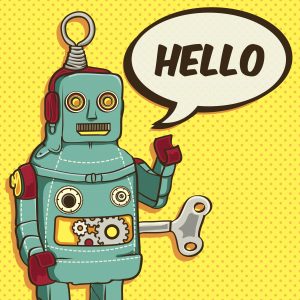 Next month, DoNotPay is going to argue a speeding ticket in court. The AI tool that’s helped folks fight tickets since 2015 will make its courtroom debut with the defendant conveying instructions directly from DoNotPay in open court. Good for Clarence Droidow.

It’s a humble start for the robot lawyer revolution, tackling a straightforward body of law with relatively low stakes. But the founder and CEO of DoNotPay believes the technology is ready for the big time and is putting money where his mouth is. Or at least where his Twittering thumbs are.

DoNotPay will pay any lawyer or person $1,000,000 with an upcoming case in front of the United States Supreme Court to wear AirPods and let our robot lawyer argue the case by repeating exactly what it says. (1/2)

I’m not altogether sure the Supreme Court would allow this even if Browder found a willing partner. It wouldn’t do wonders for the legitimacy of a failing institution if a sophisticated pattern recognition tool studies the body of recent Supreme Court practice and eschews treatment of well-established precedent or even cherry picked references to the Anti-Federalist Papers in favor of higher percentage persuasion points like “I appreciate that question Justice Alito, and let me just say Let’s Go Brandon, am I right?”

Aside from the Supreme Court’s institutional hangups, some commentary surrounding Browder’s offer suggests that litigants wouldn’t consider the deal given the ramifications of Supreme Court litigation. I’m not so sure about that part. Some pro se litigant is going to end up before the Court willing to take a guaranteed million over accepting free legal services from attorneys looking to make a prestige play. There’s going to be willingness from a party long before there’s willingness from the Court.

Still, this offer isn’t getting taken up any time soon. But I think we’d all be interested in watching it moot a high stakes matter on the docket.